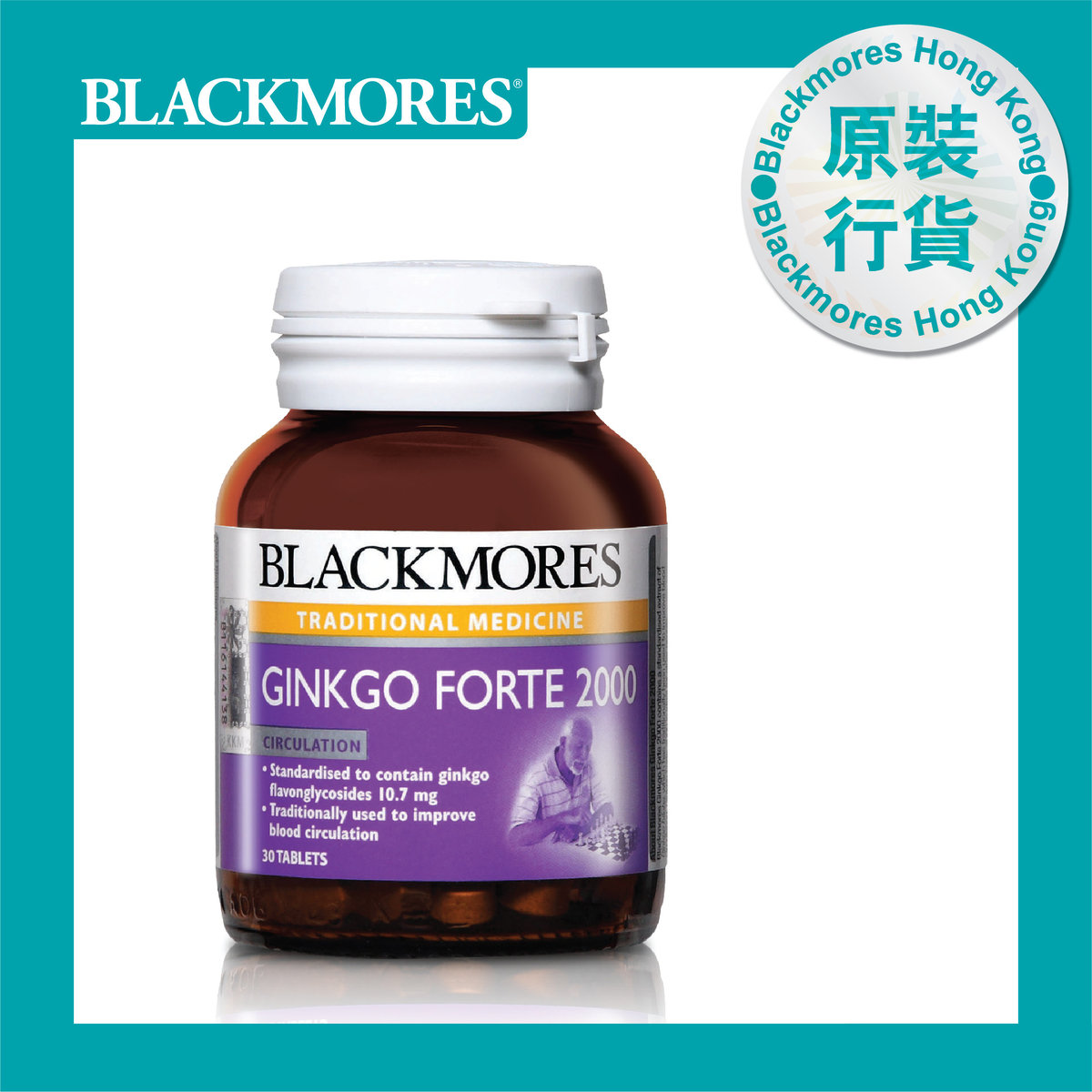 immediate shipment
100+ Sold
Exchange Price Offer
Redemption promotion:【Redemption promotion】Purchase Selected items, Redeem Blackmores Vitamin C 500mg 60s at $39.9
Only available while stock lasts.
Offer till 30/4/2020
Proceed to Shop
Description
Blackmores Ginkgo Forte® 2000 contains the herb Ginkgo biloba which has been clinically proven to significantly enhance memory and attention, as well as assisting with clarity of thought. It has also been shown to enhance learning and thought processes, as well as helping to improve peripheral circulation.

How it works
Ginkgo increases blood flow and so can increase tissue nutrition. It tones and helps normalise circulation as it has a relaxing (vasodilating) effect on arteries and a toning effect on veins. Ginkgo increases the fluidity of blood and in this way may improve peripheral circulation. Improving circulation can enhance the utilization of oxygen and glucose by the body.
Brain cells require large amounts of energy to function properly. Glucose and oxygen need to be constantly supplied to the brain cells to create energy, as the brain has very small energy reserves. Many studies have shown positive effects of ginkgo on working memory, the speed of information processing and learning.

Contraindications and cautions
May rarely cause gastrointestinal symptoms, headache or dizziness
If symptoms persist, see your healthcare professional
Seek the advice of your healthcare professional before use in pregnancy
Discontinue use at least 2 weeks before surgery. Ginkgo biloba may increase the risk of bleeding associated with surgery. Consult your physician / pharmacist.
Always read the label. Use only as directed


Medicine Interactions
Ginkgo may increase the risk of bleeding with warfarin. Consult your healthcare professional before use if taking warfarin

This product is not registered under the Pharmacy and Poisons Ordinance or the Chinese Medicine Ordinance. Any claim made for it has not been subject to evaluation for such registration. This product is not intended to diagnose, treat or prevent any disease.

• Shipping time of this store: Monday to Sunday, including Public Holiday, 9am and 3pm