Shoes2583
From the same store 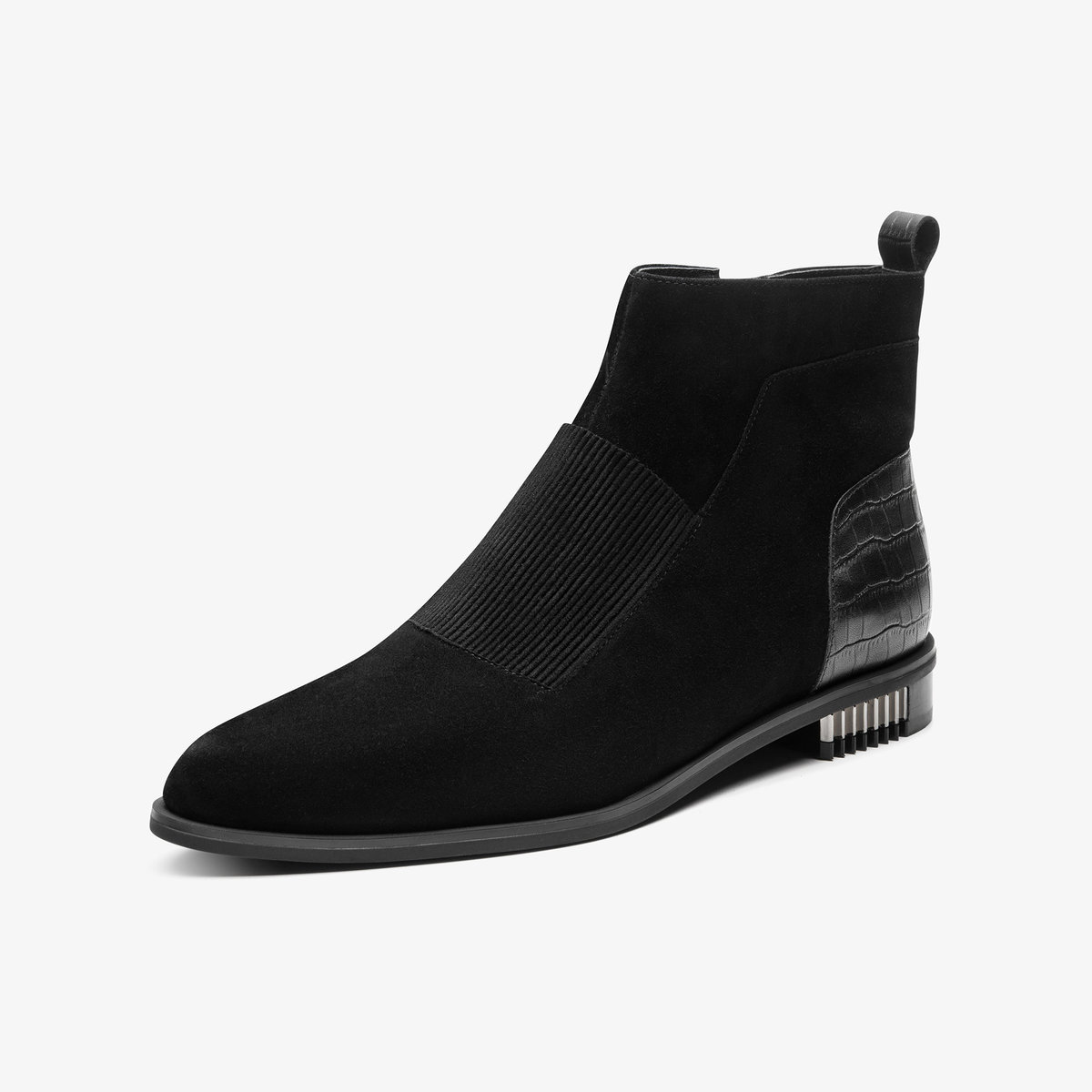 le saunda holdings limited is a well-known footwear retailer and manufacturer that has adopted a vertically-integrated business model, engaged in design, development, manufacturing and retailing of ladies’ and men’s footwear, handbags and fashionable accessories in Mainland China. Since its establishment in 1977 by the founder, Mr. Lee Tze Bun Marces, le saunda has developed rapidly and become one of the leading footwear brands in China. In 1992, le saunda was listed on the Main Board of the Hong Kong Stock Exchange (Stock Code: 0738). In the early 1990’s, le saunda opened its first retail store in Shanghai, heralding a new chapter of the Groups business growth in Mainland China.

Apart from the “le saunda” brand, the Group also has launched “CNE” brand, a fashionable footwear brand targeting young, trendy market in 2001. In April 2011, the Group launched a high-end fashionable brand “LINEA ROSA” featuring trend-setting designs and excellent quality which has already gained overwhelming market awareness and high reputation. In addition, "le saunda MEN" has been repositioned as a mild luxury brand tailored for fashionable businessmen. The new brand "PITTI DONNA" was officially launched in August 2017 with a design concept of shoes for green life.

With outstanding performance in customer service, the Group has won the award of “Service Retailer of the Year – Footwear Category ” issued by Hong Kong Retail Management Association several times in recent years. “Quality services never stop” – it is le saunda’s promise to each of its customers.

2. Color shown may be slightly different than actual products due to computer monitors settings.

3. In situation where there are limitations, price, promotion offers and other marketing campaignson the HKTVmall may vary from retail stores, the terms and offers are only applicable to HKTVmall.

4. In case of any dispute, le saunda will retain the right of final decision without prior notice.