Before we introduce Mr Rich, our hip cookie brand, let's begin with a story. Our protagonist is a "returning expatriate" from the west coast of USA. On the eve of his fiancee's birthday, knowing that she is a big fan of pastry and delicacies, he spent hours secretly working on baking recipes in hopes of giving her a big surprise at her party. His cookies were so tender and fluffy such that none of the guests attending believe they were his creations.

One of the female guests opened up Mr Rich Instagram page as an April fool's prank, claiming the page is run by a mysterious male chef. Very soon, the story of a man in black suit making late night cookies delivery at the city's (Hong Kong) subway station has become an urban legend among Generation Y girls in town. This is the romance behind our magical chef Mr Rich's journey to master the art of bakery!

• Our store will protect your personal Information in accordance to the relevant provisions of the personal Data Protection Act and in accords to HKTVmall Privacy Policies.
• In case of any dispute the merchant will retain the right of final decision without prior notice.
• Colour shown may be slightly different than actual products.
• In situation where there are limitations price promotion offers and other marketing campaigns on the HKTVmall may varies from retail stores the terms and offers are only applicable to HKTVmall.

• Products will be delivered by HKTVmall please refer to Shipping Information for more details.
• Actual delivery time depends on the products ordered and the shipping time of the particular merchants.
• Shipping time of this store: Monday to Friday excluding Public Holiday 9am and 3pm.
• All products are non-returnable.
• In the event of dispute HKTVmall's decision shall be final and conclusive. 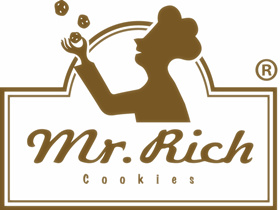