"Port" is also one of the wines, which can be called reinforced wine, and the origin of "Port" is related to history. When the British-French war broke out in the past, the United Kingdom stopped buying red wine from France and turned to another country for importing Portugal. However, the transportation route was far and hot, and many red wines had deteriorated after the flood, so some people suddenly thought about it in red wine. Add brandy to stop the red wine from fermenting again during transportation, so that the wine is easier to preserve, but I don't think that the wine that is so mixed will have a sweet and strong alcohol aroma, which is both complicated and balanced, and the wine is more mellow. It is widely loved by the world.

"Port" has been gradually consumed by many people in South China. It was introduced when Portugal ruled Macao. Today, the authentic Portuguese cuisine restaurant in Macau will have "Sugar", and there are many people in Hong Kong. In the same year, the handwritten letter [cat and wine] purchased by Hong Kong people to Macau Street Tourism was actually represented by the Hong Kong old brand [Sam Seng Wine].

In the 1960s and 1970s, Hong Kong was poor in materials. Women liked to drink a small cup of "Alcohol" in the evening. Because of its sweetness and alcohol content, it is especially suitable for warm stomach in autumn and winter, while red wine always has polyphenols such as Dan. Ning, etc., proper drinking is good for health. In the past, Hong Kong used "Port" as a supplement drink. More women who have just given birth have been used to regulate the body. Some examples such as "eggs cook with Port" Nutritional recipes like that.

However, most of the "alcoholism" that flowed into Hong Kong in that era was the price of the British market. The quality of "Alcoholism" was not affordable for ordinary people. Fortunately, Sam Seng Wine was committed to providing high quality. And the reasonably priced tonic, so the two [cats and cats] are widely loved by the public and become one of the most common gifts in the year. Whether Hong Kong or Macao is popular, today, two [cats and cats] It is still one of the best choices for Hong Kong people and brings a warm and happy memory to Hong Kong people.

Sam Seng Wine Co. was established in 1959 at Sum Shui Po,In 2000, HK production plant relocated to a new 12000 sq. ft. building in Tsuen Wan. The new plant and product system were designed to meet the regulatory requirement s. In 2005, Hong Kong plant was accredited HACCP and ISO 9001: 2000 granted by SGS.

• Our store will protect your personal Information in accordance to the relevant provisions of the personal Data Protection Act and in accords to HKTVmall Privacy Policies.

• In case of any dispute the merchant will retain the right of final decision without prior notice.

• Colour shown may be slightly different than actual products.

• In situation where there are limitations price promotion offers and other marketing campaigns on the HKTVmall may varies from retail stores the terms and offers are only applicable to HKTVmall.​

• Our products will be delivered by HKTVmall please refer to Shipping Information for more details.

• Shipping time of this store: Monday to Friday excluding Public Holiday 9am and 3pm.

• In the event of dispute HKTVmall's decision shall be final and conclusive. 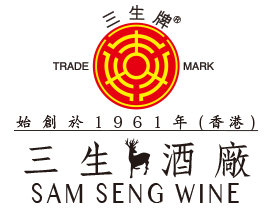